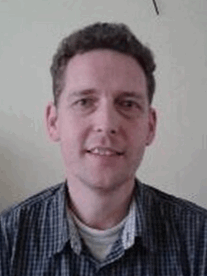 Wytze van der Gaast, Ph.D, is senior researcher and policy adviser at JIN. In 1995, he started at JIN as editor of the Joint Implementation Quarterly (JIQ) and advisor to the Netherlands government on issues related to implementing the Joint Implementation (JI) policy instrument. Among others, he supported the setting up of the Dutch JI and Clean Development Mechanism (CDM) tender programmes (ERUPT and CERUPT) for acquisition of carbon credits for use under the Kyoto Protocol.

In 2001-2002, he was coordinator of the PROBASE research project (funded by the European Commission FP5) on the accounting of greenhouse gas emission reductions through JI and CDM projects. This was followed by capacity building support on carbon crediting projects, also funded by the European Commission, to countries in North Africa, Middle East and Southeast Asia: under the programmes SYNERGY, Pro-Eco Asia, and the EU-Thailand Economic Cooperation on the impact of the CDM Linking Directive for Thailand.

In 2006, he coordinated the EU-funded project ENTTRANS on stimulating low-emission technology transfer to developing countries through CDM projects. The methodology developed for ENTTRANS, and tested in Chile, China, Israel, Kenya and Thailand, was subsequently disseminated to other initiatives, including for use in the Handbook for Technology Needs Assessment for Climate Change, which was updated between 2008 and 2010 under guidance of UNDP.

He has been a regular consultant to the UNFCCC secretariat on background papers on Technology Needs Assessments (TNA), for the Global TNA Workshop of 1-2 June 2011 (Bonn) and for several meetings of the Technology Executive Committee: Background paper on Interlinkages between TNAs and NAMAs and NAPs, Third Synthesis report on TNA, Good Practice with TNA, From Priorities to Implementation.

Currently, he is JIN representative in three EU-funded projects:

In 2015, he completed his Ph.D thesis on International Climate Negotiation Conditions - Past and Future at the University of Groningen.