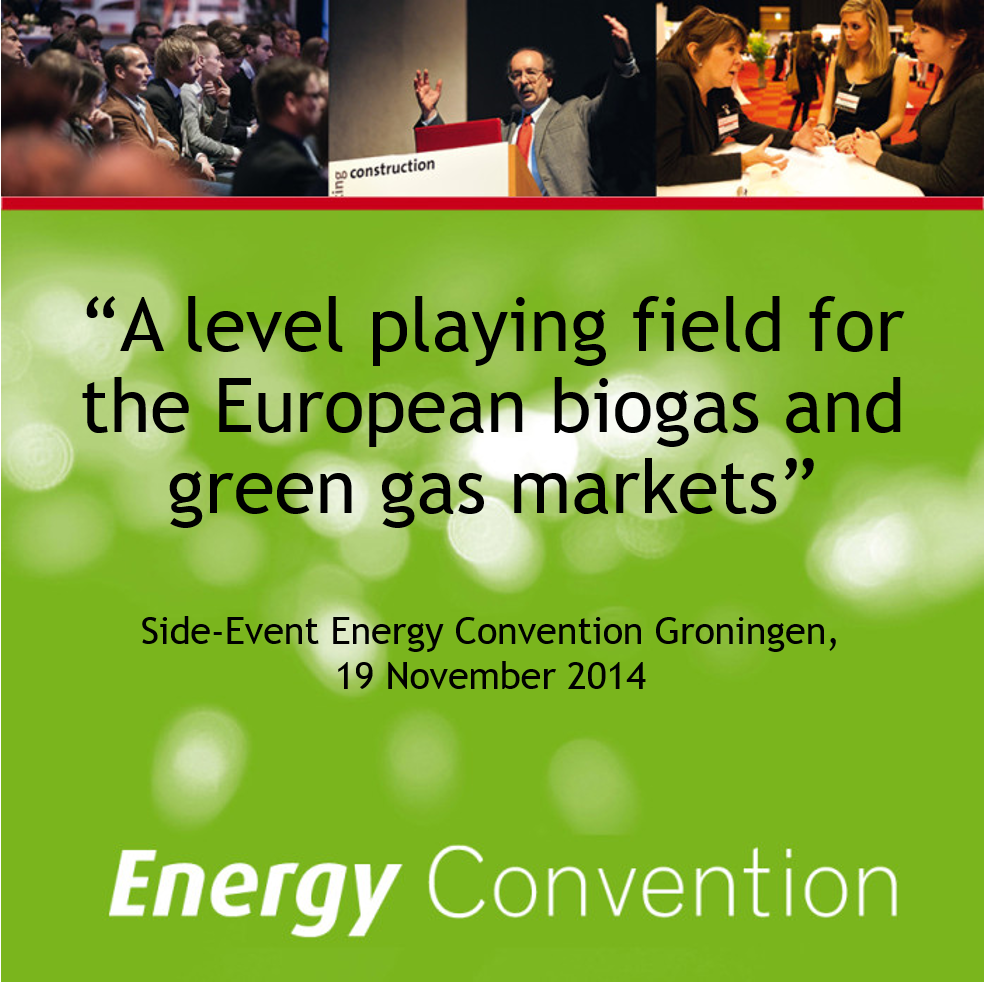 During the 2014 edition of the annual Energy Convention in Groningen, the Netherlands, JIN's Eise Spijker presented the key findings of the Interreg IVa Groen Gas project on 'A level playing field for the European biogas and green gas markets'. An overview of the key differences between the Netherlands and Germany when it comes to biogas and biomethane regulation were discussed, as well as two convergence scenarios (policy harmonisation between the two countries).

The powerpoint presentation can be downloaded here:

An additional handout, showing the key administrative and legal differences with regard to biogas and biomethane in the Netherlands and Germany, can be downloaded here: